What if … people just helped each other a little more? Wouldn’t the world be a much better place? 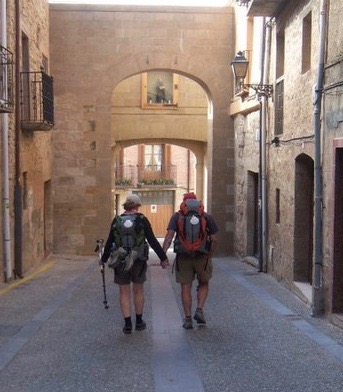 What if, we could create a way for acts of kindness, generosity and cooperation to be easy to accomplish and contagious?

What if, instead of getting bogged down in protocol and bureaucracy, we streamlined – and developed a proactive-preventive system to help neighbors instead of relying on a crisis-reactive system?

What if, we could draw on our neighbors’ talents, resources and connections to help fellow neighbors? And … what if we involved previous recipients in the process of paying it forward – allowing them to help someone else?

At the inception of OCMV in 2016, Reade and Martha Brower of Camden provided onetime financial lifts to people who needed a small amount of money to get back on their feet. Through trial and error and learning about evidence-based research from Communications Across Barriers President Donna Beegle, we realized that we’d need more than positive words and onetime financial boots to sustain success.

Our 501(c)(3) operates in a simple way: A person facing a financial obstacle that could snowball into a bigger problem applies through a designated third-party for a small grant. In return, grantees pay it forward through self-selected volunteerism – thus making it a hand up, rather than a handout. Grant-eligible issues relate to employment, youth aspirations, senior independent living, transportation and well-being.